Dear friends that follow Hyperborea Exists, I have to apologice, finally I have been unable to make the updates I wanted. Things in Oslo have beem more complicated than expected and I didn’t got any free minute, in fact I had to delay my return to Madrid several days. No worries, the delay has worth the time, together with my collegues we have done a very interesting discovery that will allow me to give a further step in my most important investigation.

That’s the reason that now my time is more limited, I’m completely focused in my investigation and the few free time I have these days of Christmas I will have to spend it with my familty, otherwise I would see “cancelled my personald funds” ;)

But I wouldn’t stay without wishing you Merry Christmas and Happy New Year 2010. I know it has been a short time since we meet thanks to my blog, I hope that next year will be the building of this adventure and that you can be my partners in the discoveries I hope to make in 2010. I’m very excited thinking in whats for come, many years of efforts and patience will be awarded finally, at least that’s what I hope.

I want to award you with a Christmass postcard, which illustration shows Idun and the apples, a classic illustration from Nordic mithology. Precisely, I want to go deeper with in in the next weeks. Nordic Mithology has been the inspiration for many authors, writters, musicians and so and it treasures half of legends and half of historic reality from a past far away for us. 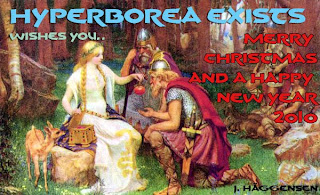 Enjoy these holyays with your loved ones and remember, one year ends and another starts, but our desire to find the truth behind Hyperborean civilizaction will remain untouchable!

This week I’m writting from Oslo, I’ll be the whole week here to visit my family and participate in different meetings with partners from NTNU about three different submarine prospection projects that we are preparing for the first half of 2010. 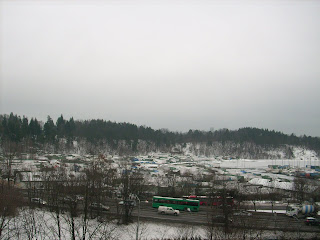 While in Spain all the tv news talk about that the winter has started its soft here in Oslo, all according the normal temperature of course, today we have only -5ºC. Some could think that its really cold but taking into account that in these lands we are used to have -20ºC in the hard times of winter...its not a big deal.

I wanted to come back to Oslo, I have lived many years here, the Capital city of Norway. Some months have passed since the last time I was there, back to summer, when I was in Norway for two months working in a combined project with the Artic Group related to Spitsbergen, Nordaustlandet, Edgeøya y Barentsøya islands, known aswell as Svalbard. A place that I have visited many times in the past years and a very important place for my main investigations. 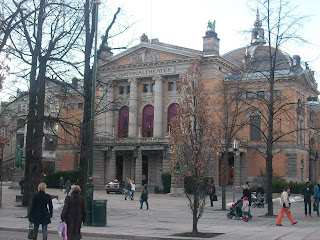 Back to Oslo, maybe the side of the city that I like more is Nationaltheater. Just in the center of the city gathers some of the most famous and beautiful buildings of the capital of Norway like the Parliament, the University and very close from there, the comercial side of the harbour, where young and old people can have lunch and enjoy taking some beers. 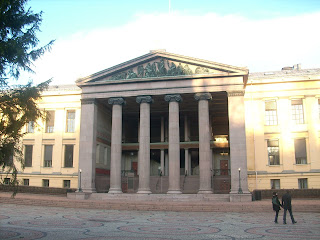 People that have never been there will be surprised for the multi-cultural feeling of that section of the city. Many university students, investigators, workers from international companies, use to gather there to have fun. In fact, it was in one of the restaurants of Nationaltheather, Friday’s, where I meet for first time my wife, a beautiful Spanish woman, who is the reason to live now most of the year in Madrid. 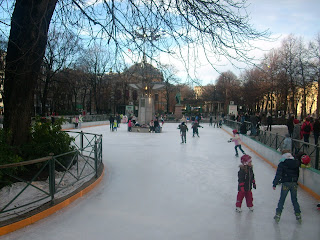 I’m not extending this update more, here It’s dinner time and the family awaits. Tomorrow I have to run some very interesting meetings and I hope I’ll be able to update again in few days with one of the first pieces of the enigma called Hyperborea.

About the Myth of Hyperborea

Greeks were the first ones to talk about Hyperborea, but there are proofs coming from other civilizations from ancient China and Russia. People from different points of the planet have registers from the same civilization that, theorically, was thousands kilometers far away from them. The answer behind this question is something that I will revealing slowly in ‘Hyperborea Exist’. 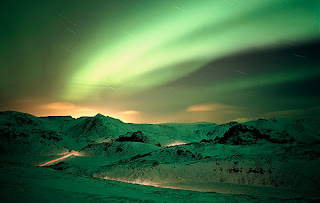 Everyone agrees in the same, Hyperborea was a really ancient civilization, light years far away from the rest of humanity. Its inhabitants were very intelligent and they were strong people, having an iron health and living for more than 1 thousand years. Their island, known as the island of the forever sun, never saw the sun fade, thats one of the reasons of thinking that its localization was somewhere in the boreal side of Earth. They had a benevolent climate allways, protected from the the icy cold that was striking the rest of the world.

Something happened, in a moment of its history, Hyperborea was deleted from Earth. There are many theories, starting from the ones that says that had the same fate as Atlantis, the water ate the island, or a misterious tragedy, a forced exile. All of these theories are just that, theories, there’s no clear proof or register about what could happen.

But there’s a clear data, the fact that people from different points of the world have registers about the same misterious civilization. That something that makes you think, how is possible that different people from civilizations distant for thousand of kilometers have similar registers of the same ‘myth’? Is that possible that there was a tragedy foreseen with time and that Hyperborean civilization choose to exile to different points of the planet? What could be behind that a growing civilization, the most advanced of humanity, flee its home place and decided to hide any proof of its existence? These are some of the main questions that wise people from all around the world have done since more than 3.000 years. 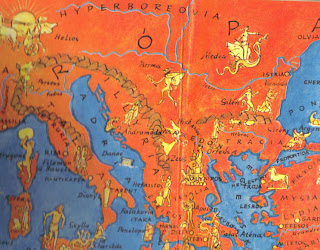 Another one of the main questions related to Hyperborea its its age, in all registers there are talks about a civilizacion far away of all record, older than any of the first sedentary civilizations born in the ancient Mesopotamy. We have to face the dilemma of the existence of a human group with an advanced society, able to build and craft advanced tools, ships and buildings while the rest of humanity was living in caves and using hides as clothes. Some investigators have some theories about a new breed of humans. As many scientits have talk about the coexistence of Homo Sapiens Sapiens with Homo Neanderthalis its possible that we have been missing a third “Homo Hyperborean”. But again we return to the question, Why the most advanced human race dissappeared in front of one less advanced?

Sincerely, with my blog I want to be distant from these that says that Hyperborea myth is related with aliens, hollow earth of goblins and magic or the lately more common stories about nazi investigations during the first part of 20th century. If well it’s true that some of these legends could have some similarity as the ones about Thule Society or another stories about the super man myth, my criteria is to work only with archaeological proofs that could show us exactly the existence of this civilization. 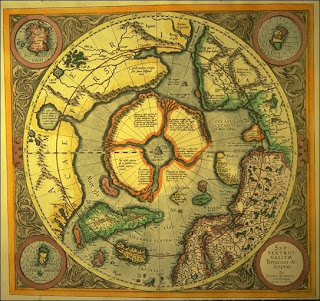 How to find archaeological proofs from a civilization that is supposed to no exist since thousands of years ago and that was deleted from Earth? Well, along this year I’ll be digging about this question. But If we start from the main clue that people from different points of the world had some contact or register, being legends or wise man talks or texts, about Hyperborea we can think that was a civilization with a great capability to travel across the sea. They had to stablish sea routes and that could have led to possible shipwrecks.

Its in the deep ground of our oceans and seas where we can find the answers of the questions about this enigma. In the last years I have found many proofs in this regard in different submarine investigations that I have done both in Norway and Findland. But this is something really big that would need entire updates of my ‘Hyperborea Exist’.

Hyperborea is a myth pursued by many people during our modern history, some fanatics for the search of the super human idea and the profit that they could take of the knowledge from this lost civilization. Others, like me, we only follow the seek of knowledge and exploration to share with the rest of humanity the history of maybe the first advanced civilization of our planet.

I encourage you to continue this trip with me and discover all my advances and discoveries in Hyperborea Exist.
Posted by J. Hågensen at 8:40 PM 2 comments